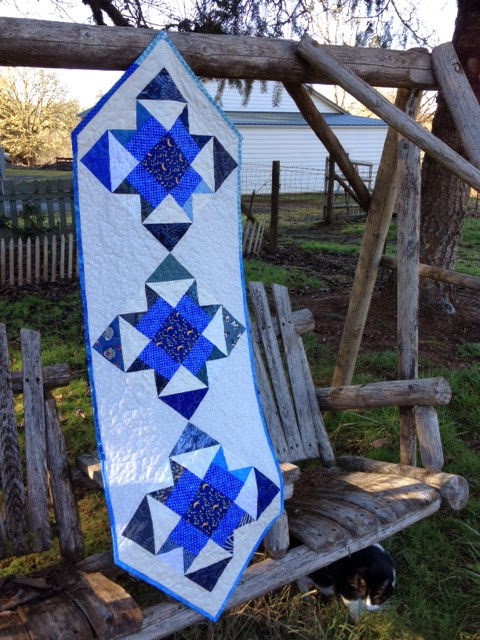 Since my "Table Runner Project", one for each month to protect my Grandmother's teacart from muddy kitty feet, had stalled (or maybe come completely off the rails) I decided the January Challenge would be a two-for-one !! I wanted white for January's snow, and blues for the coldness. Now I have a teacart runner... AND it is finished!

I'm glad I chose tans instead of white, though... Kitties have already given their "paws up" seal of approval and white would have looked awful with their decorative touches. The setting triangles are the same, as well as the center focus squares and plain rectangles, but I don't think any of the other blues or tans are duplicated... I could be wrong, though.
Posted by Librarynan at 11:12 AM 1 comment: